The history of Namaqualand and its people is something we hold close to our hearts. This beautiful land has such a rich history that anyone can benefit from. By understanding the past, we can only do better in the future. And learning about a different culture brings about a deeper appreciation and understanding for something different from our ‘normal’.

A little bit about the history of Namaqualand… Namaqualand forms part of both Namibia and South Africa. It extends along the west coast over 1 000 kilometres and covers a total area of 440 000 square kilometres. It is divided by the lower course of the Orange River into two portions – Little Namaqualand to the south and Great Namaqualand to the north.

Little Namaqualand is within the Namakwa District Municipality and forms part of Northern Cape Province, South Africa. It is geographically the largest district in the country. The semi-desert Succulent Karoo region experiences hot summers, sparse rainfall and cold winters.

Namaqualand is known for its proximity to the Atlantic Ocean, its wildflowers during spring, its wealth of minerals and cultural history. Namaqualand attracts both international and local tourists. The Namakwa coastline and the banks of the Orange River are popular for their hiking and 4×4 trails and routes. 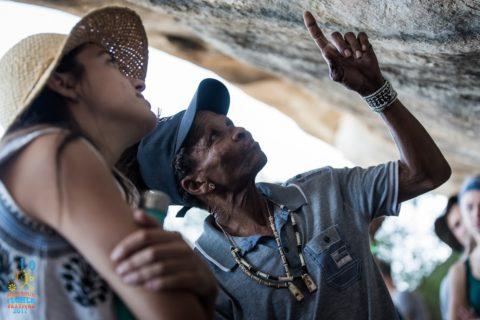 Simply put, culture is a term for the ‘way of life’ of groups of people, meaning the way they do things. A culture is passed on to the next generation by learning and adopting traditions, characteristics and qualities of that group. Culture is seen in people’s writing, religion, music, clothes, cooking and what they do.

The concept of culture is very complicated and the word has various meanings. The term ‘culture’ is most commonly used in three ways;

Over the years, no matter what Namaqualand has endured, nothing will take away the rich and abundant culture it inhabits.

The people of Namaqualand

Namaqualand remained a very quiet place during the cultural evolution until about 2000 years ago. This was when the Khoikhoi or Nama arrived from the area that now encompasses northern Botswana.

The region is known for its cultural history, which was preserved by the Nama and Khoisan tribes. The Nama people are the largest group of Khoikhoi people. About 80% of the population were sadly killed by the German Empire between 1904 and 1907 in a racial extermination during the Herero and Namaqua genocide. Nama people traditionally speak the Khoekhoe language.

The relationship between Khoi and San groups has been the subject of many heated scholarly debates and detailed scholarly analyses. Their interaction and common characteristics led to the term ‘Khoisan’, used to encompass both ethnic groups as one. The word was coined in the 1920s. The Khoi are also known as the Khoekhoe, Khoekhoen, Khoikhoi and Khoikhoin.

Namaqualand is a place that does not readily reveal its treasures. One has to look closely and the course of the history of Namaqualand shows us that it was possible for the indigenous people to survive off the harsh land by listening to nature and reacting to its cycles.

The greed for material goods and the exploitation of the land that came with the Europeans disturbed the tranquillity of this beautiful landscape forever. In the end, the natural wonders, living or dead, of Namaqualand are the real treasures that should be conserved to be enjoyed by future generations.

We can all learn something… 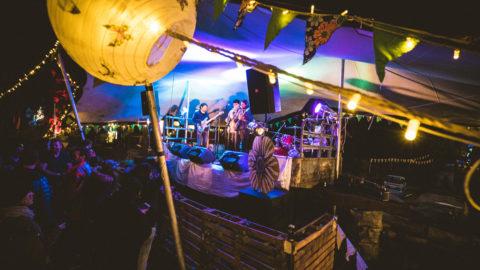 Educating people on culture is a beautiful way of understanding people who are different from us. We find similarities in each other while appreciating and accepting our differences.

We’re honoured to have Oom Petrus and Oom Isak from the Khoisan tribe volunteer their time to enlighten us at the Namaqualand Flower Festival. They will dive into and explore the rich culture and heritage of the Khoisan.

You’ll go on guided bush walks where you will truly experience the homeland of the Khoisan, you’ll see authentic rock paintings and drawings and gain a true appreciation for a beautiful tribe that has been through so much. This blog is only a taste of everything they can offer us. Join us at the Festival to learn more about this tribe.

What to Expect at the Festival

September is inching forward which only means one thing - the Namaqualand Flower Festival is literally around the corner. We’re jumping up and down with anticipation, we’re so excited to meet our...

END_OF_DOCUMENT_TOKEN_TO_BE_REPLACED

We know the rhetoric is tiring. Everyone is constantly talking about plastic and how terrible it is for the environment and for our future on this planet - we get it. The...

END_OF_DOCUMENT_TOKEN_TO_BE_REPLACED

The EcoBrick: Not just another brick in the wall

World Environment Day has inspired us to focus on the EcoBrick for a little bit. It sounds like a slightly odd concept but it is an incredible initiative that more people need...

END_OF_DOCUMENT_TOKEN_TO_BE_REPLACED

The Namaqualand Flower Festival is around the corner. We hope you’re as stoked as we are! The festival has been running for the past 12 years but we get many recurring questions...

END_OF_DOCUMENT_TOKEN_TO_BE_REPLACED

We love a great vibe but we love our planet a little more. In conjunction with No Danger Diaries, our main motto is “have fun. Make a difference”. Which is why we’ve...

END_OF_DOCUMENT_TOKEN_TO_BE_REPLACED

We’ve been running the Namaqualand Flower Festival for the past twelve years. It’s been an unbelievable journey with some incredible people. We truly feel that our festival attendees have become a part of our...